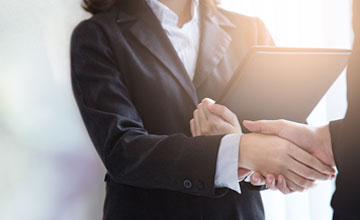 Women all around the world are constantly told that if they have a successful career they will have to sacrifice a full home life. This is not true.

This is a sexist myth, and something that Gillian Fox blows apart in her new six-month Women’s Career Advancement Program – a leadership training program with a special focus on personal coaching.

Based in Sydney, Gillian was the first female National Sales Director at Pacific Magazines, where she managed more than 100 employees. She then worked as the Executive Sales Director at News Corp, and has spent the past 10 years as an entrepreneur founding and working with major consulting businesses. She knows her stuff.

From Gillian’s leadership training, over a quarter of participants are promoted within 12 months of doing the program. She’s passionate about executive coaching, saying that it “empowers women to take their careers back in their own hands”.

While we talk about gender parity in the workplace, women are still missing out on promotions that would move their career forward.

“When you look at any organisation at director level you see a drop off in gender representation for women who are 35-plus.” she tells Mamamia. “It might have been 40 percent women to men before that but then it dives to as low as 17 percent and in some cases, even lower.”

This is one of the barriers to advancement that Gillian’s Women’s Career Advancement program works through, schooling women leaders in improving their ability to communicate their value to their organisation. Something men don’t seem to have a problem with.

“The only one who cares about your career, as Carol Bartz the former CEO of Yahoo has said, is you and your mum! You have to own your career,” says Gillian. “Don’t wait for someone to notice you. You have to be agile and understand the business landscape.”

Very often women don’t have the assertiveness required to push themselves forward with their senior stakeholder management or they haven’t developed the strategic nous to even know what that might look like.

“Women have the capability but they have to learn the right communication,” says Gillian.  “A lot of women who come on the program are in their early 30s. Talented women have been given promotions until then but then it stalls. It gets more complex and the stakeholders are more difficult. The next promotion doesn’t land and many women are left feeling despondent and confused about their direction.”

Gillian believes that many women are working so hard they are neglecting to build the relationships necessary for career advancement. Strategic allies and stakeholder management are vital skills when navigating the upper rungs of the corporate sector.

“Emerging female leaders are so head-down and focused on getting work done they aren’t cultivating relationships,” she says. “Very often there is a mindset difference between men and women, where men will take time to network, women will be focused on punching out what comes across the desk.”

The Career Advancement Program also teaches women how to find the right mentors and sponsors and to understand the differences between both and how they play into creating solid foundations as you become the architect of your own career. Mentors will help teach and guide you, offer advice, but your sponsor has your back. Women leaders desperately need to cultivate workplace sponsors.

“One of the biggest barriers to women advancing is lack of sponsors,” says Gillian. “Harvard has done a lot of research on this, and while women do have mentors in the workplace, having a sponsor who will advocate for you is less common. You can ask for mentors, but sponsors come through credibility. They have to be very sure of you. Men are good at cultivating these relationships because they have been building the right networks and understanding how important it is for women to have sponsors from a good sphere of influence.”

One of the cornerstones of the program is resilience, which Gillian says is “so important”.

“You need that mental toughness in the workplace,” Gillian shares. “Women can take a lot of things personally but you have to get practical, work out how you are going to respond to challenges. Resilience is important in all things – even being able to walk into a messy house at the end of the day.”

The Women’s Career Advancement Program offers aspiring women leaders group workshops in the company of like-minded women from the private and public sector.

The workshop is followed by three individual coaching sessions working with an experienced leadership coach where the participant creates a career development program, with the program finally finishing with a final group session to reflect and discuss the areas covered.

Gillian runs the workshop twice a year from her office in Sydney’s Darlinghurst. Only 15 to 20 participants are taken on board each session as Gillian believes this is the best way to provide the kind of focused attention that will drive these women leaders forward.

For Gillian, it’s the like-minded nature of the women at the sessions that make the magic happen.

“It’s that commonality and connection, and for many it’s also a beautiful networking opportunity,” she says. “The workshop is designed for women to get motivated and get disrupted!”

So if your career is in limbo, if you’ve lost the courage to do what it takes to move forward, then be your own sponsor and back yourself by doing the Career Advancement Program. Enrolments: careeradvancementprogram.gillianfox.com.au.