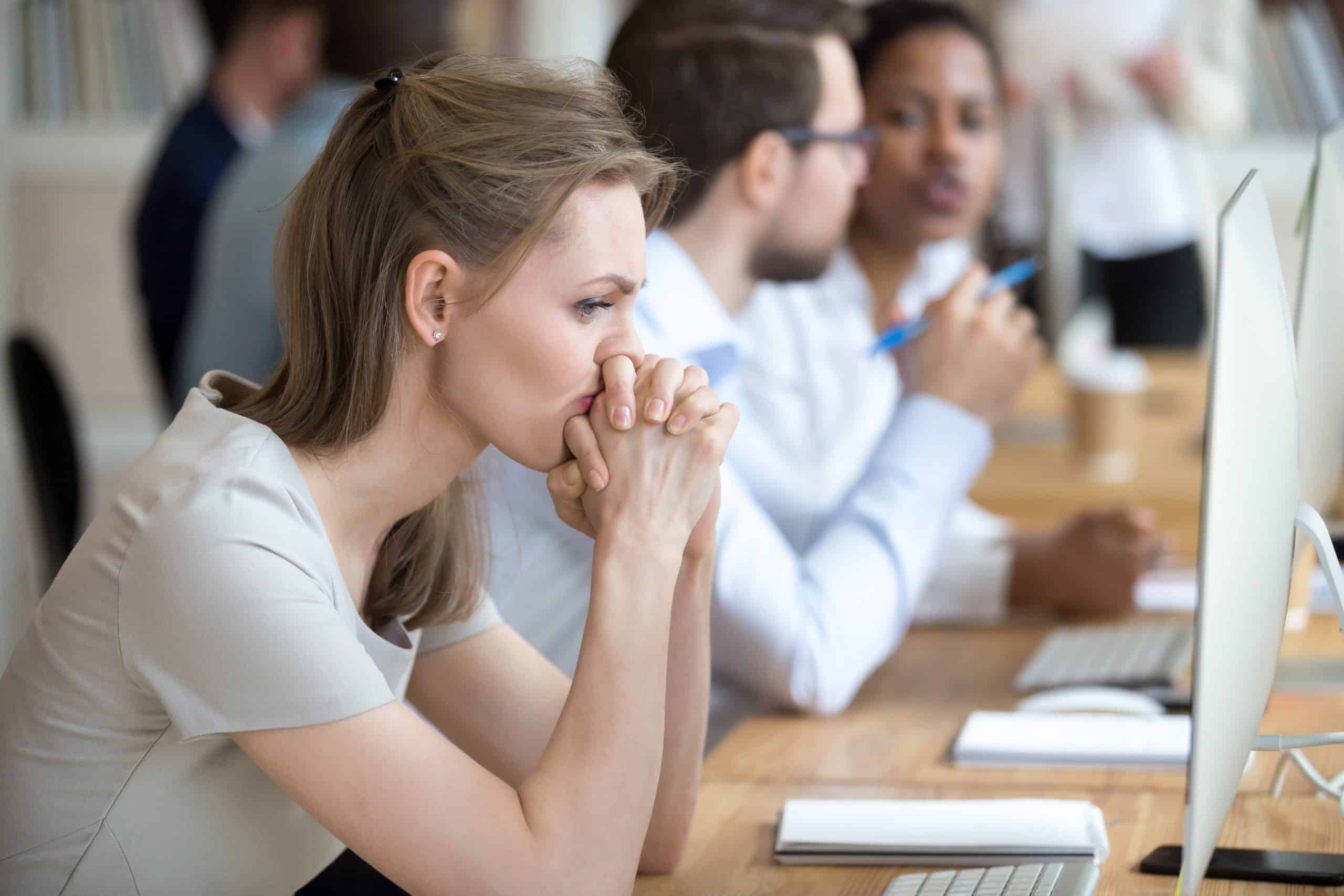 Whether in relationships or at work, we all have moments in our lives when we take things too personally.

A meme comes to mind that depicts an unhappy looking couple, with a lengthy diary excerpt from the woman, troubled by her partner’s distant, moody behaviour. Over several paragraphs, she unpicks the day’s events and agonises over what she might have done to upset him. Then comes the man’s diary entry: “motorcycle won’t start… can’t figure out why.” Exaggerated gender gags aside, it does illustrate a truth about the warped reality that can emerge for anyone, man or woman, when we let our own insecurities and imagination take over.

Those at the top of their game aren’t immune. Veteran tech executive Jane Huxley has had her share of guiltily crying in the office after tense meetings, and developed the habit of scribbling the letters I-N-P – ‘it’s not personal’ on her notebook whenever she felt herself getting emotional in a meeting, and repeating it as a mantra.

Emotions like this may take hold at any moment, whether it’s in a meeting, and you interpret negative feedback to be directed at you, when your idea gets overlooked in favour of another, or simply if your boss doesn’t smile at you when you leave the office – you might tell yourself it’s because she’s still frustrated over an issue you resolved earlier in the week.

Along with making us unhappy, taking things too personally can deplete our confidence and blur our focus, our perceived flaws ultimately becoming self-fulfilling. It’s something I see repeatedly in my leadership coaching sessions. Being sensitive to what others judge in you absorbs a lot of energy and can create negative beliefs that limit your potential. Think about the people you admire and perceive as successful – chances are, they’re individuals who act with high levels of confidence and who are comfortable in their own skin.

In self-help book The Four Agreements, Don Miguel reminds us that what others say and do isn’t about us. “Don’t take anything personally – nothing others do is because of you,” he writes. “What others say and do is a projection of their own reality, their own dream. When you are immune to the opinions and actions of others, you won’t be the victim of needless suffering.” Take the example of someone making a snarky comment when you leave the office for a midday workout. You might think they’re annoyed at you not working as hard as they are, but it may just be that they feel guilty about letting their own fitness slip.

Blocking out our negative inner voice is easier in some situations than others. Think about being retrenched when everyone else gets to keep their job. The business environment is rife with politics, tricky stakeholders, and mixed messages. Even if you understand the business rationale, it can be hard not to take it as a rejection, and be left feeling unwanted and unworthy.

Shaking this feeling starts with exploring the story at the source of your reaction. If you feel less experienced, insufficiently skilled, or less included than your peers, could there be an online course, journal subscription or network you can tap into that will boost your confidence? If the feeling is prompted by underlying insecurities, rather than anything concrete, be aware of this and make clear choices about what you take to heart and what you let go.

Jane Huxley, formerly of Microsoft and now an MD at Spotify, says learning to do this marked a turning-point in her career. “It’s a powerful thing,” she once told me in an interview, sharing another tip from her mentor; “(they) said, “when you’re coming to work, just before you enter, look up at the top of the building. What does it say? It says Microsoft. The day that it says Huxley is the day that it’s personal. If it doesn’t say that, it’s not about you”.